Gift your kids
a world of stories

Fabula Deck for Kids is a deck of 34 cards that helps kids to invent and develop unlimited stories. 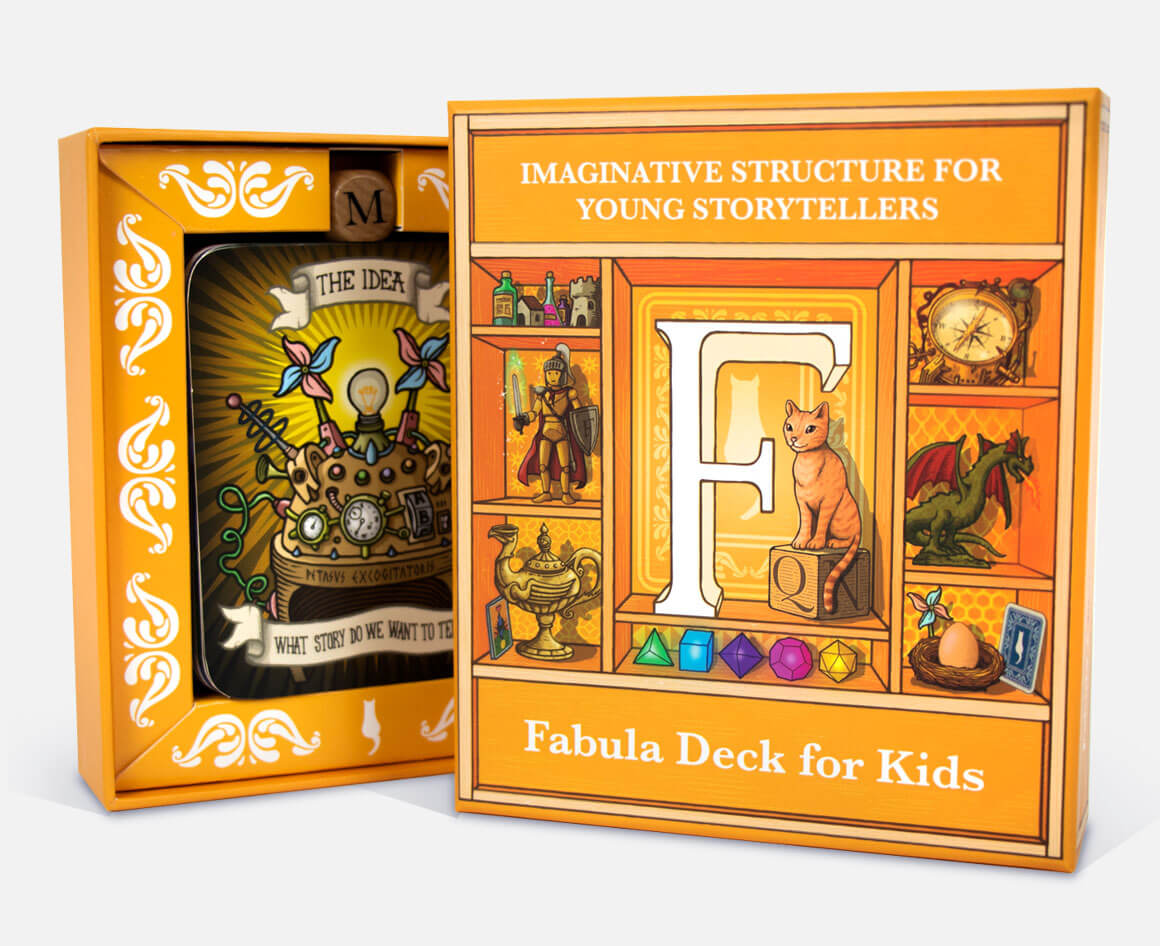 Fabula for Kids raised 70.000€ on Kickstarter

An Imaginative Structure for Young Storytellers

Fabula Deck for Kids is a deck of 34 cards that helps kids ignite their imagination inventing unlimited stories.

Fabula Deck for Kids is an educational tool for kids aged 6 and over: a fantastic guide to channel creativity and teach how to use fantasy beyond any boundaries.

Kids will have fun and at the same time they will learn:

And it's super easy to use. We provide you with a system of meaningful questions and your answers will be the story! In the box of Fabula Deck for Kids you’ll find:

And yes, there is a wooden dice too ❤️ 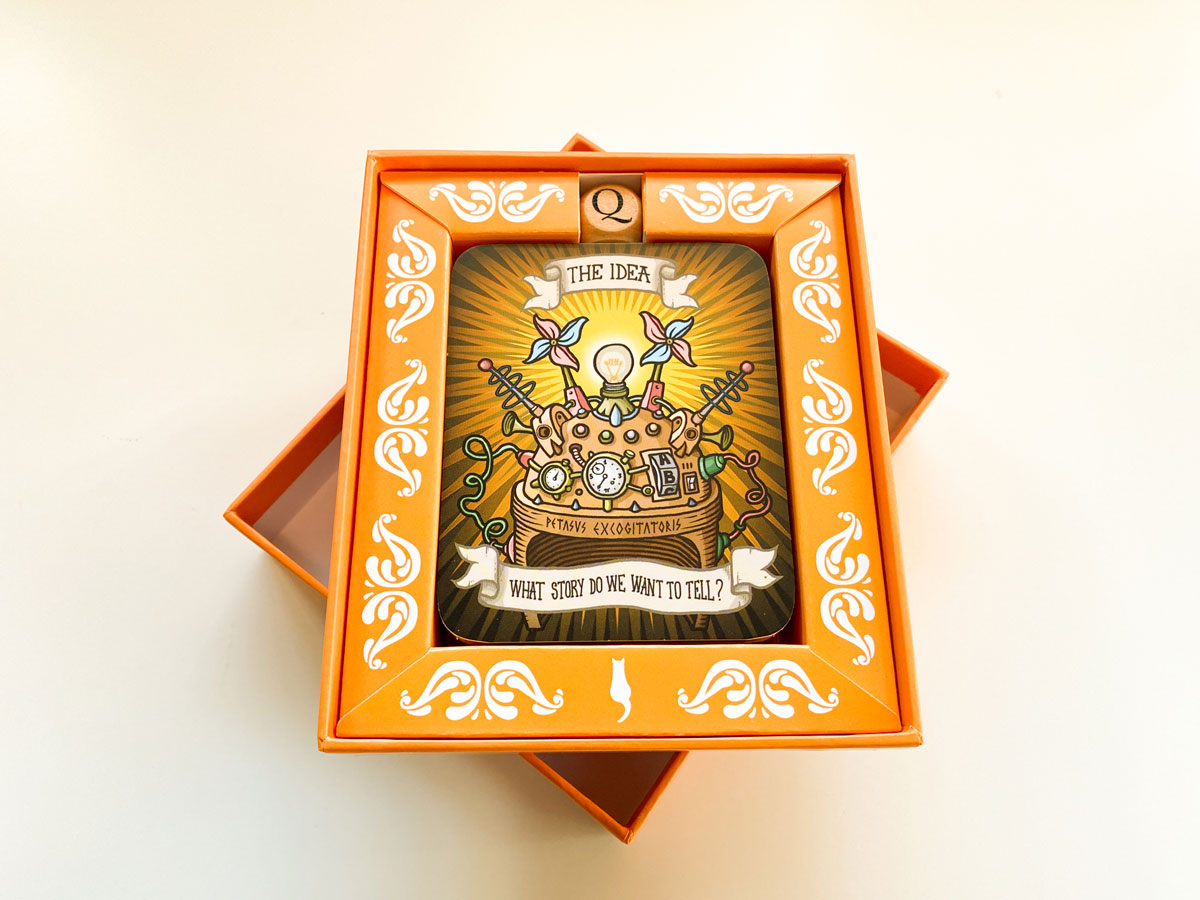 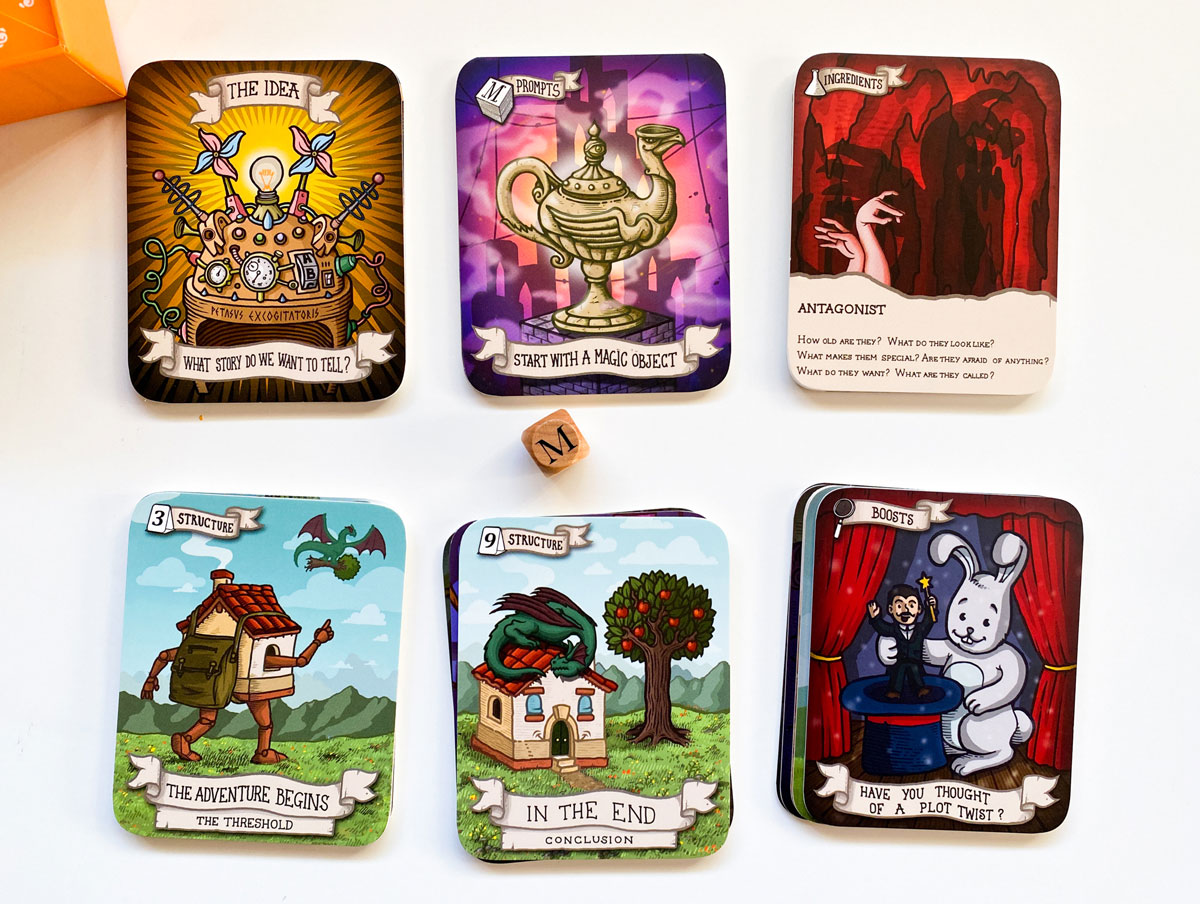 Just roll the dice of ideas; each letter is related to one of the 6 prompts. Those are incentives that can generate the concept of the story, such as:

These prompts are the result of a study of several authors like Gianni Rodari who developed processes for inspiring kids’ creativity, and using them it is possible to give life to all the movies and books you read or watched on TV.

We tested the cards with kids between the age of 6 and 12 and they were able to come up with unbelievable concepts in less than 5 minutes! 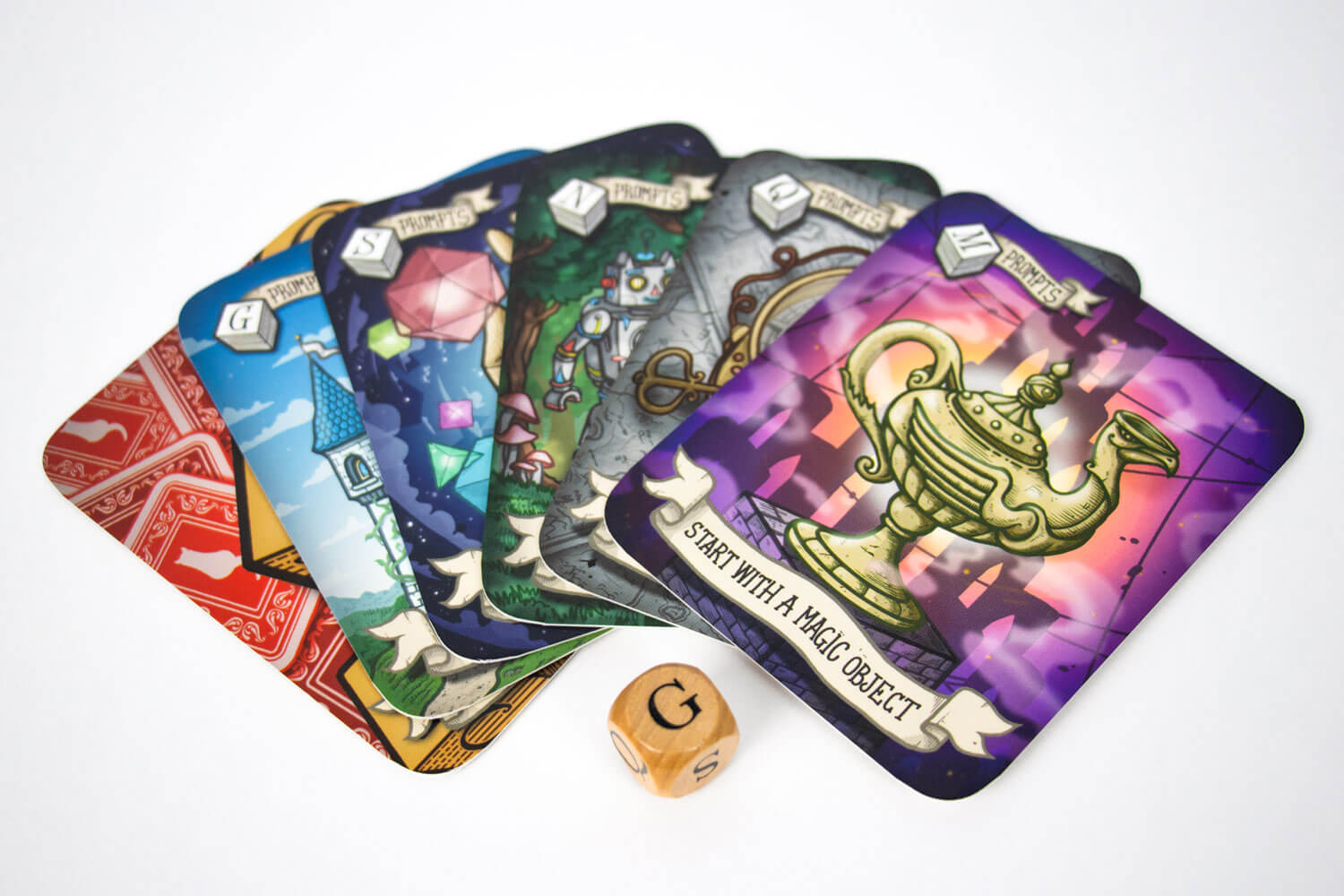 Second, you develop the ingredients

Every story has some fundamental elements: the Main Character (or characters), the Antagonist, the World of the Story and the Call to Action (something must happen). 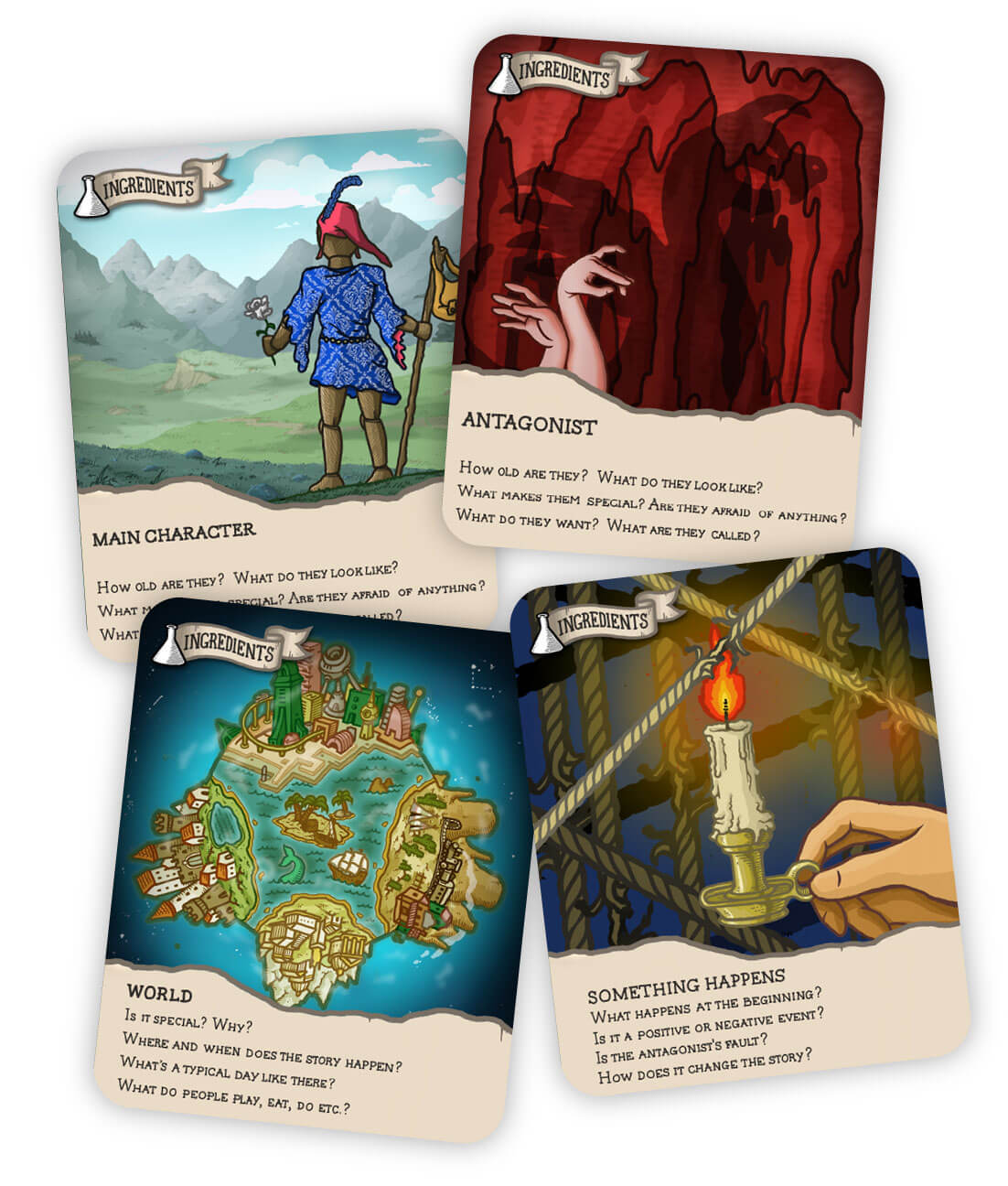 Third, you give it a solid structure

Kids will learn how to actually build the story, following a simplified version of the Hero’s Journey, an archetypical structure synthesized from Greek myths and used in most of the stories and books.

And do you want to know a secret? It is the same formula professional storytellers use! 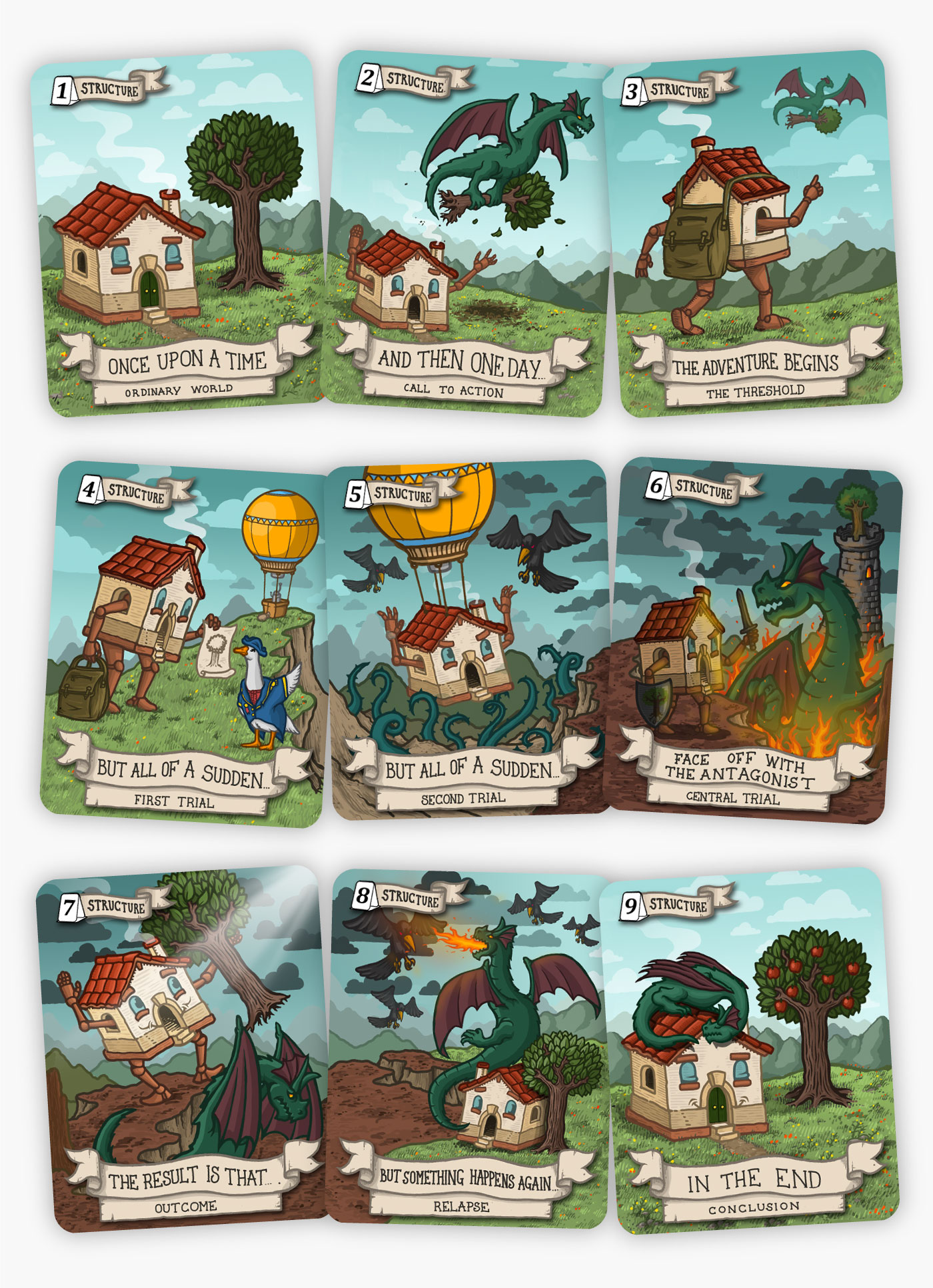 How do you go from a very simple story like: «There is a prince lost in the universe who travels from one planet to another» to The little Prince? The answer is: go deeper.

The Boost cards will ask questions like “Was it too easy?” or “Have you thought of a plot twist?”. It helps kids improve their stories to take them to a whole new level. 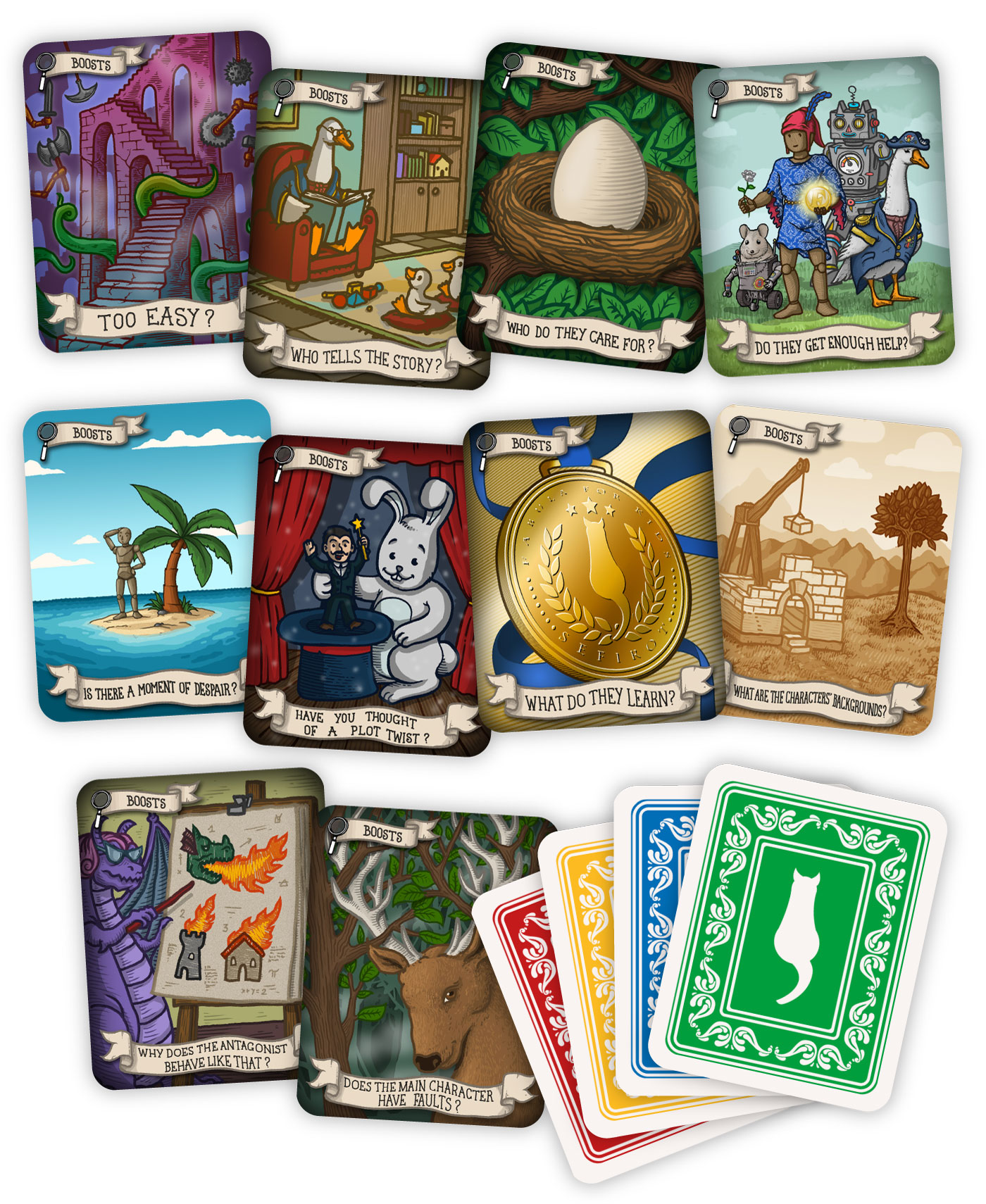 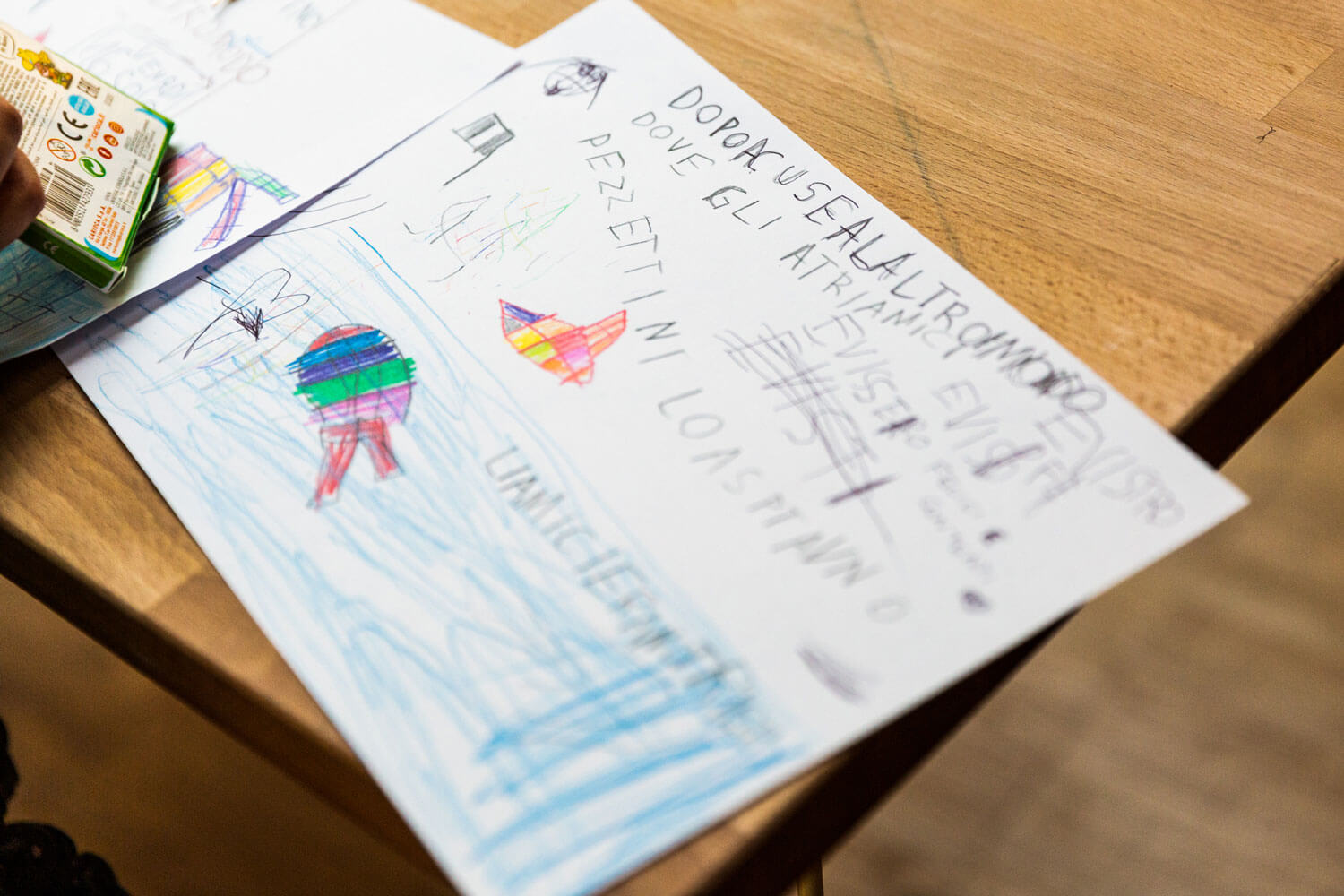 And they are so beautiful ❤️

Fabula Deck for Kids is illustrated by Matteo Ufo5 Capobianco, a leading artist from Italy who’s fascinated by kids’ imagination and worked very hard to inspire them.

They are all ink hand-made drawings then digitalized for the coloring phase. The result is amazing! 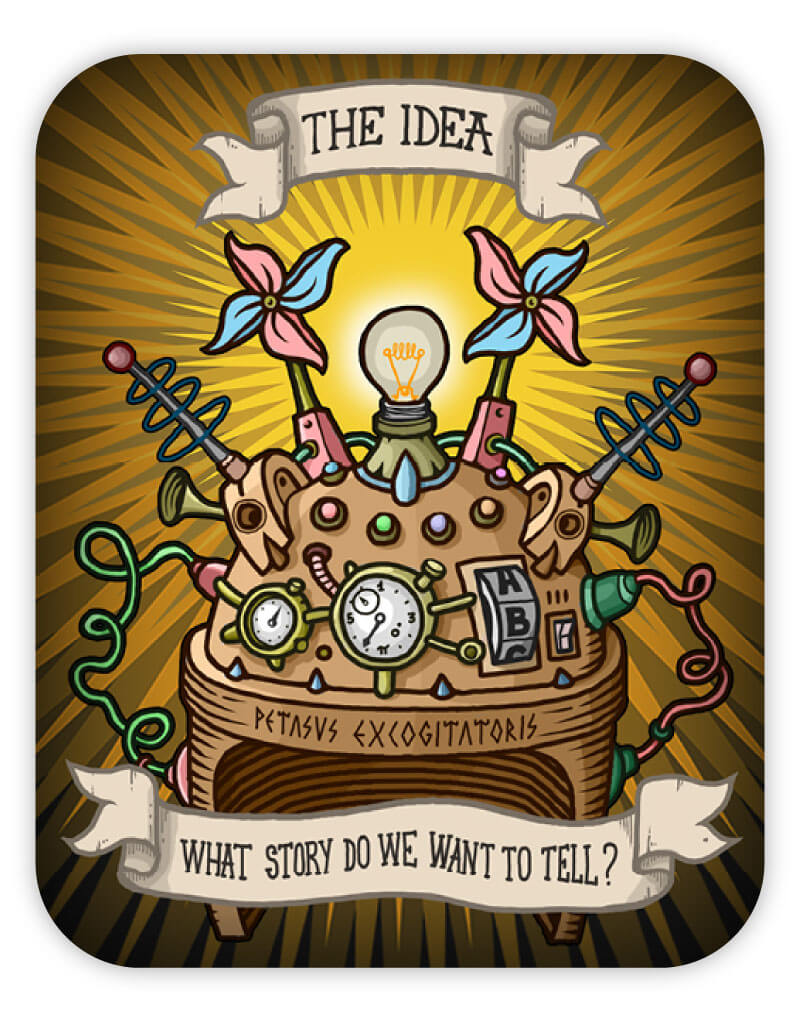 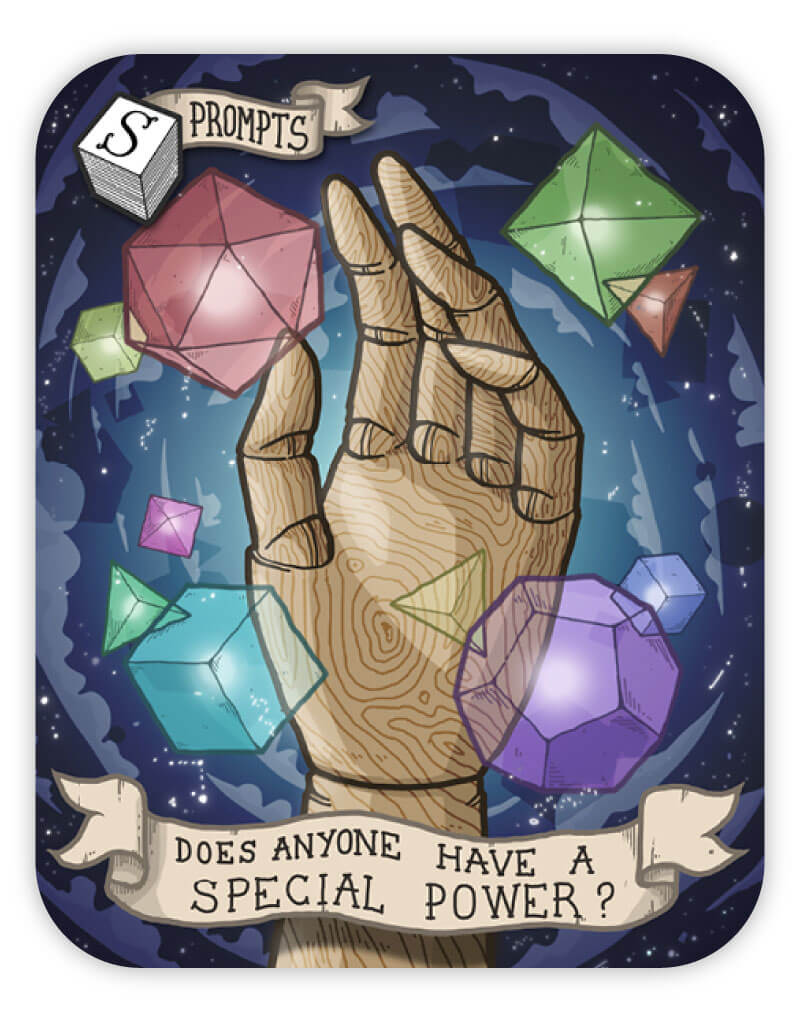 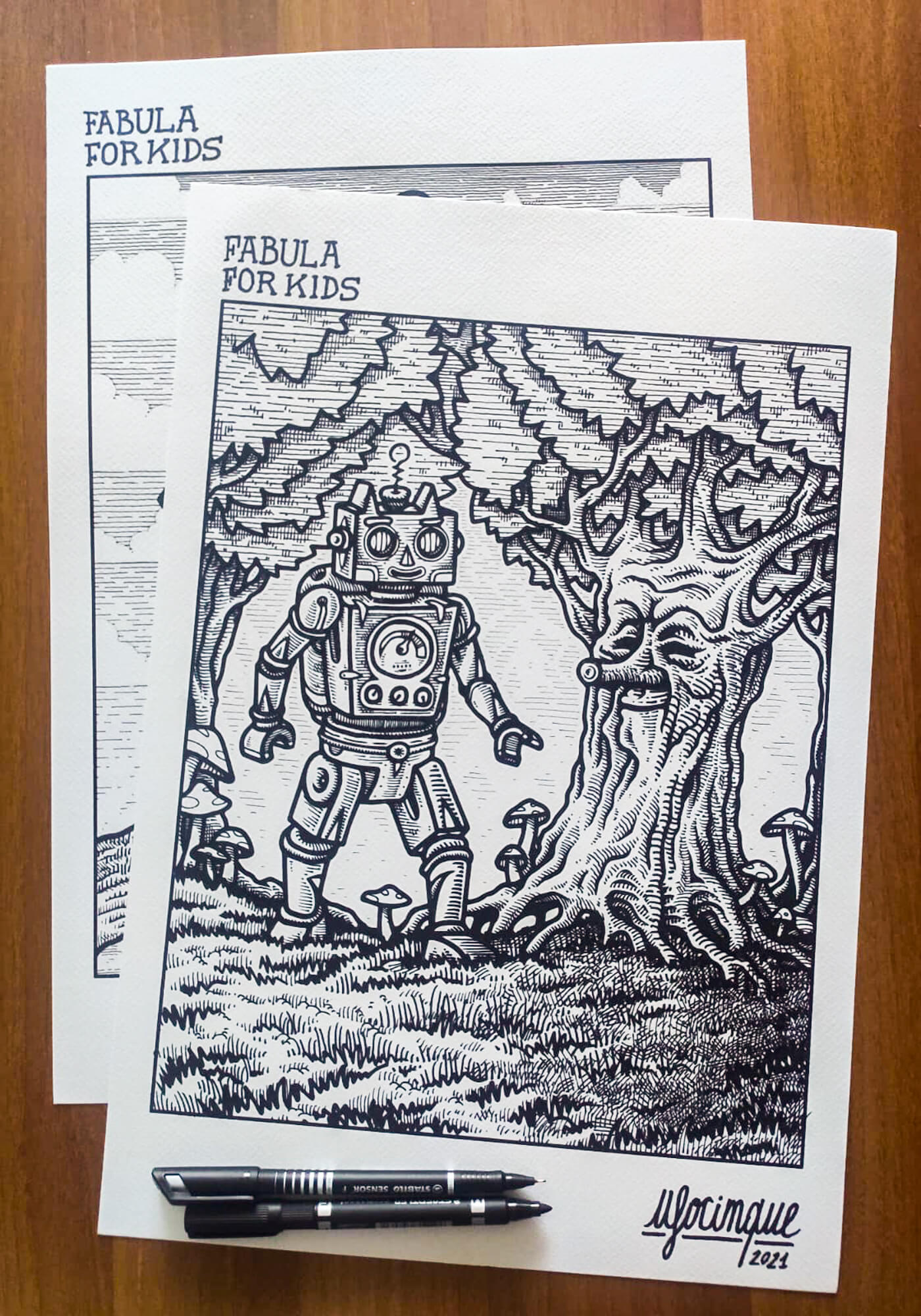 Our goal is to let them be free to create whatever they want, with the main characters that could really be whatever they feel – a man, a woman, a dog, a cloud, a chair – and love whatever they want – another man or woman, another dog (or a cat 🌈) and so on.
So we took a clear stand, both for the text and the images. 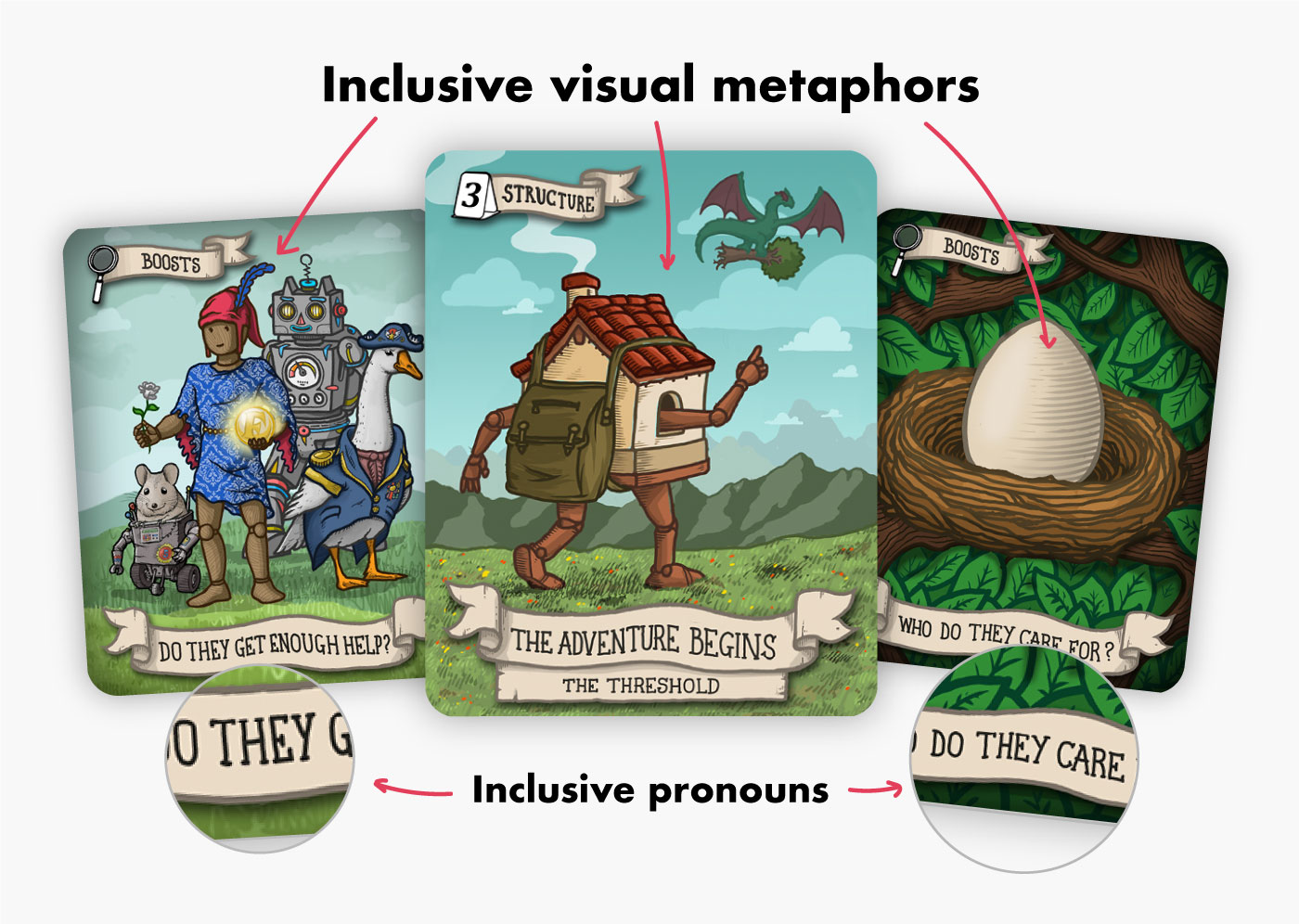 FREE SHIPPING
With orders of $50 or more you can get Free Shipping. 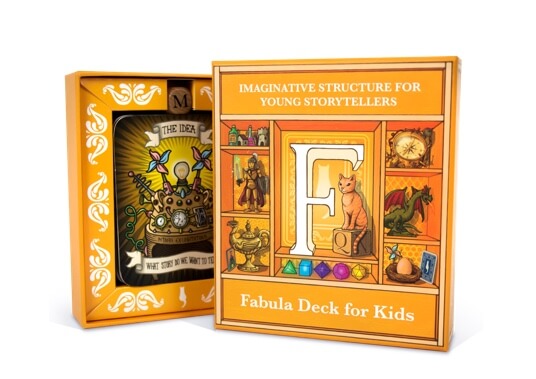 ONE Fabula for Kids 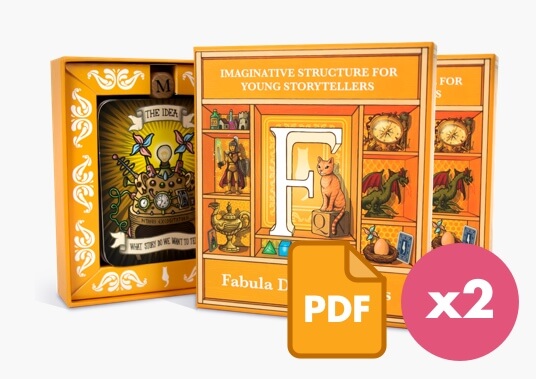 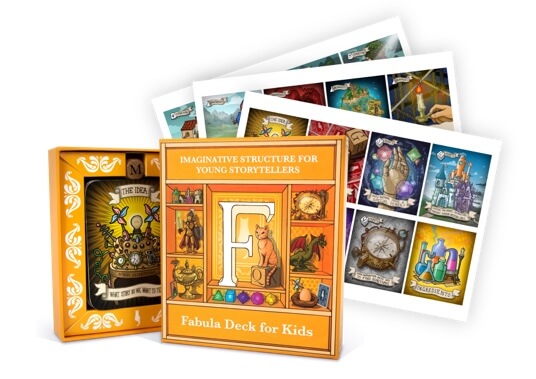 ONE Fabula for Kids + Digital

ONE deck of Fabula for Kids + Digital version.
It includes:
– 34 Beautiful illustrated cards;
– 1x Wooden die;
– 1x Booklet with instructions;
– Printable Cards in A4 and A3 PDF format. 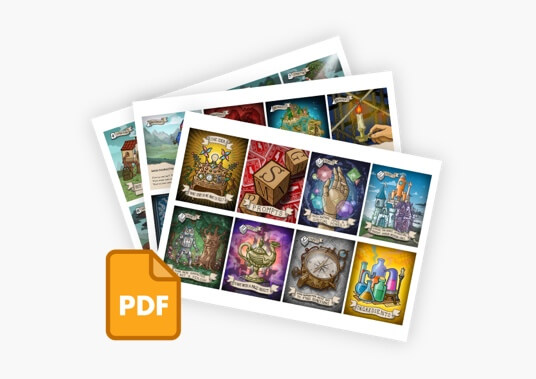 The Printable version of Fabula for Kids.
It includes:
– Printable Cards in A4 and A3 PDF format;
– Booklet with instructions. 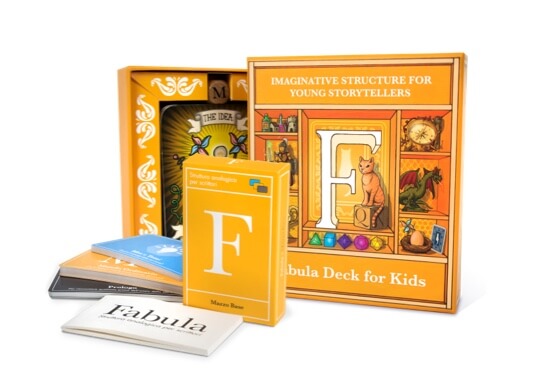 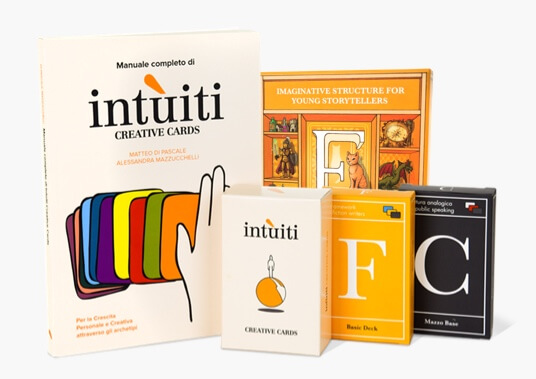 ALL FOUR Sefirot's creative tools:
– Fabula for your story structure;
– Fabula for Kids for young storytellers;
– intùiti (plus book) to overcome the blank page syndrome;
– Cicero to learn how to pitch your novels and movies ;)

You will never be this creative again and at a very special price ?

We are Sefirot, an independent publisher focused on Creative tools. We develop lasting and meaningful products used by more than 80,000 creatives around the world.

Our works were featured on: 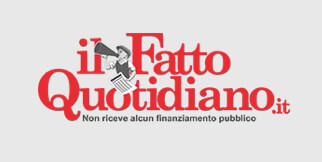 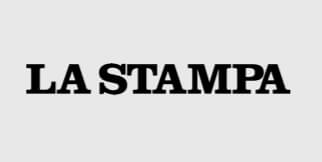 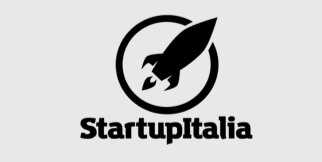 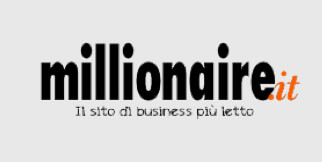 Some of our users work at: